Predictions recorded 2,500 years ago about the destiny of 20 nations, city-states, races, and places can be tested and verified on film today.

The authors of the Bible foretold the future of the nations, using the march of history as the final, ever present test as to the existence of God and the authorship of His Book, the Holy Bible.

Foretold, LLC exists to share the predictions recorded in this Book, collect the evidence from around the world, and create easy to use delivery systems to present the evidence allowing viewers to determine whether God indeed authenticates His Word by writing history centuries before it happens.  Seeing is Believing.

Beginning in broadcast news at CBS and NBC, Bob has worked as a Producer, Creative Director, Art Director, Video Director and Editor for Fortune 500 companies as well as traveling around the world to shoot documentary video in Africa and Europe. 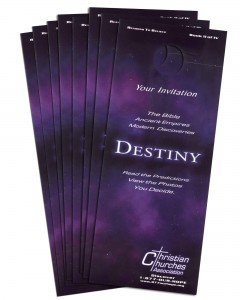 Foretold is based on a campaign created for the Christian Churches Association called Destiny.  Bob designed this multi-media campaign in the early 2000s to share the fulfilled predictions of the Bible through the many local Christian Churches in the greater Philadelphia, Allentown, and Lancaster media markets.

Mission Media produced television spots to run through secular cable networks while local churches posted political campaign style posters and distributed door hangers – all inviting viewers to church for a media presentation of the full reasons to believe.  You can get your own copy of the research notes for churches in the Foretold Pastor Briefing.

We stand on the shoulders of giants.  This is not a concept originating with us here at Foretold, LLC – there is nothing new under the sun.

Foretold has a long history, reaching back over the centuries drawing seceding generations to new faith with publishing wildfire breaking out time and again.

Foretold, LLC seeks to bring this concept into the digital age unleashing the images around the world at the speed of light through the Foretold Digital Platform.  Explore the giants of history who went before here in Foretold through the Centuries.

The “works of God” in the founding of Israel were evident in the Pillar of Fire leading millions through the desert by night and a cloud by day for 40 years. In spite of plagues, parting of Seas, the Passover of the angel of death, etc, the Israelis hardened their hearts in rebellion (Ps. 95:7-11).

Pointing to the modern miracles of Foretold is not all that different from the righteous remnant of Israel demanding belief by pointing to the pillar of fire shining in the wilderness.  Before Moses gave the Law of right from wrong, God gave overwhelming proof.

Today, our pillar of fire, our plagues, our parting of the sea is found in the predictions foretold more than 2,000 years ago.  Extinction, transformation, desolation, rebirth – nation after nation, millions after millions, century after century – all as foretold.

For the Christian, this emphasis is even more sure as shown in the Master’s Plan.  Jesus Christ set the standard for evangelism post resurrection in Luke 24 that was lived out in the book of Acts in 13 of 14 recorded acts of evangelism.  Predictions are proof.

Foretold is the call to return to this emphasis.  Join us by supporting the effort.

Inquire for a presentation of Foretold on our Speakers Page.

Foretold 1931
Start your adventure with the free e-Book version of Foretold from the last generation.
«click image for more info» 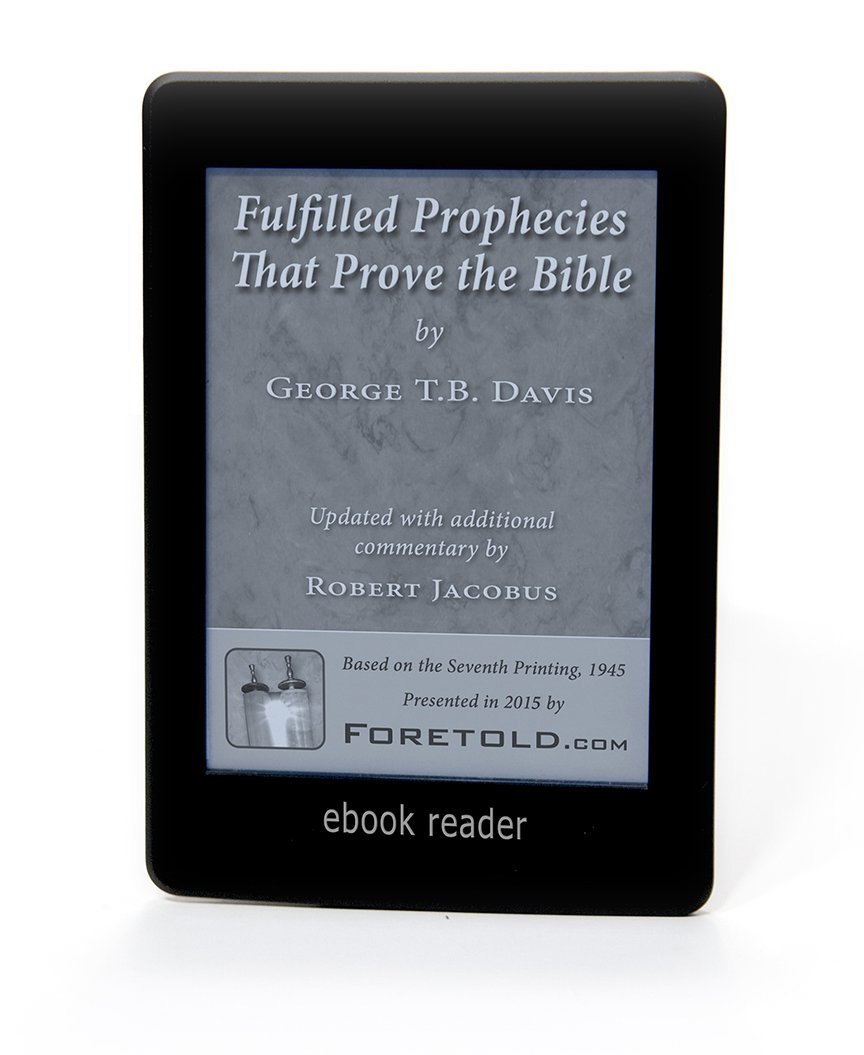